“TO WHOM MUCH IS GIVEN, MUCH IS EXPECTED.”

WE ARE INSTRUCTED, ``LOVE GOD AND LOVE OUR NEIGHBOR``

East African Impact (EAI) is a 501(c)(3), non-profit, tax deductible, nondenominational organization of people who share their talents and resources to bring physical, mental and spiritual blessings to the East African community with a current focus on Tanzania. 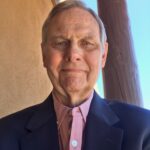 Dr. Lindner served in the U.S. Air Force for four years. After dental school, Joe was in the practice of dentistry for 33 years.  During that time, he has led or been part of mission teams traveling to Bolivia, Peru, Mexico, Nicaragua, the Philippines, Kenya, and Tanzania. He has also served 5 years as Dental Director at The Neighborhood Christian Clinic in central Phoenix, AZ.

Dr. Lindner has made over 30 mission trips to Tanzania and in 2009 trained 4 Tanzanian medical officers in the art and science of administering local anesthetic, tooth extraction, proper hygiene, and tooth cleaning. Funds were raised to equip and establish a dental clinic in a remote village; leaving behind the 4 newly minted “Dentologists” to continue to serve in the surrounding villages.

In 2010 Joe joined Pastor Fred Beasley (Co-Founder) at Scottsdale Bible Church (SBC) as the Tanzanian Project Coordinator where two primary schools were built in two remote Tanzanian villages. The total number of students being educated was over 700.

In 2016, Joe and Fred Co-Founded East African Impact and soon after disengaged from SBC where their focus became to educate Tanzanian adolescent girls from traditional communities with a new Tanzanian partner. 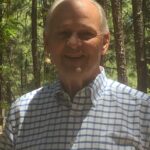 Fred began his career as a custom home builder and spent 15 years building homes in Oregon and Arizona. In 1987 Fred and his wife Kristin began seminary education at Western Seminary Arizona extension. They both finished their Masters of Divinity degrees in 1995 and Kristin went on to achieve her doctorate and become a faculty member at Phoenix Seminary. In 1990 Fred join a mission organization and served in northern Mexico for 7 years while completing his seminary training. 1997 brought another change when I joined the staff of Scottsdale Bible Church and served for 18 years before retiring in 2015. Kristin and Fred currently serve with One Challenge International and are consultants to churches and ministry leaders in the Middle East. 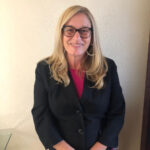 Liz Orella and her husband Tim Reiland, originally from Wisconsin, have been living in Scottsdale since 2019. They have six grown boys between them – with their first grandson on the way – and they keep their nest full with three cats.

Liz’s career has been spent serving. Her career began with a twenty year tenure at the Wisconsin Capitol. While there, she concentrated on the state budget and state politics as a staff person for State Senator Mary Panzer. This experience fed a passion for political fundraising for local and state races; a congressional race; and also for Governor Scott Walker’s first gubernatorial race.

After retiring from politics, real estate captured her interest and she spent for the next 15 years selling real estate for the state of Wisconsin and The Gialamas Company.  At the State of Wisconsin, she increased sales from $1 million a year to $10 million a year – and that program is still growing! She had the privilege of working for The Gialamas Company in Madison, Wisconsin. George Gialamas served as treasured mentor who will not be soon forgotten.

Her last formal position was as Executive Director of the Wisconsin Veterans Museum Foundation. Her appreciation for this country’s veterans and their place in history made it her honor to work with the countless people the museum recognized as well as the like-minded staff.

With an unwavering desire to give back, Liz still seeks ways to help where help is needed; And the last three years have led her to Tanzania. She has not found simply a way to indulge her enthusiasm for travel – but a way to travel with purpose.  She and Tim now support three children (and growing) in Tanzania: Severiana (15), Lomnyaki (14), and Bahati (5). She is also a member of the East African Impact board that is involved with The Emusoi Center.

In her rare spare time, Liz finds peace in reading, gardening, traveling, and spending time with many friends, kids, and animals 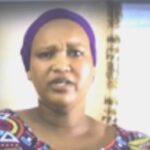 A Success Story and Inspiration to Emusoi Students

Teika was born in the rural Maasai village of Moita Bwawani in the Arusha Region of Tanzania. She was the eldest child into a humble family. Her father was a primary school teacher and her mother was a church worker.

In 1999, her parents met Sister Mary, the Founder of the Emusoi Centre. A conversation about the objectives and goals of the Centre occurred, and Teika was accepted at Emusoi joining other young women from traditional communities in Tanzania.

In 2004, Teika completed her high school education, and she was accepted at a University for law studies. In 2010, she joined Emusoi Centre as the Program Officer. Teika is married to a Maasai man and has 3 beautiful children.

To date more than 2000 young women have been able to receive scholarships from Emusoi, including Teika. In Tieka’s words – “we can now help and protect our families and our communities, especially women through education empowerment from Emusoi Centre.” 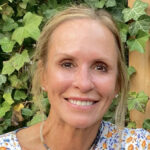 Julia has worked in the sports and entertainment field for 30+ years as a strategic consumer products and talent management leader developing and executing effective brand marketing and communications strategies.  She spent over 19 years with the National Football League working in a variety of roles across consumer products, licensing and talent management and was a key team member in developing the Women’s Interactive Network (WIN) Affinity Group, as well as numerous NFL Leadership and Mentoring programs.

After losing her husband in the terrorist attacks on 9/11, Julia developed a deep friendship with three other widows and together they co-authored the book LOVE YOU MEAN IT, a moving and poignant re-telling of their journey to rebuild their lives.

Now retired, Julia brings her enthusiasm and positive attitude to volunteering in youth sports by coaching flag football, basketball, running and conditioning.  She also led a community program through SG United Foundation to empower “strong girls for life” through teaching them the tools to build strong bodies and strong minds. A running enthusiast, Julia has completed numerous marathons around the world, including four of the five world majors.

Originally from Tennessee, Julia now resides in Newburyport, MA with her husband Chris and their two daughters, Ivy and Charlotte.

We are committed to helping break the cycle of poverty in East Africa by providing a better education for adolescent girls.  Education brings hope, an opportunity for equality, a chance to achieve a better quality of life and a better future for all.